A dam is a barrier that is constructed for preserving water or underground streams by creating reservoirs. These reservoirs not only suppress floods but also provide water for several activities like irrigation, industrial usage, navigation, and also for the aquaculture. The system is mainly designed to preserve the water and also have a method of executing a controlled release. 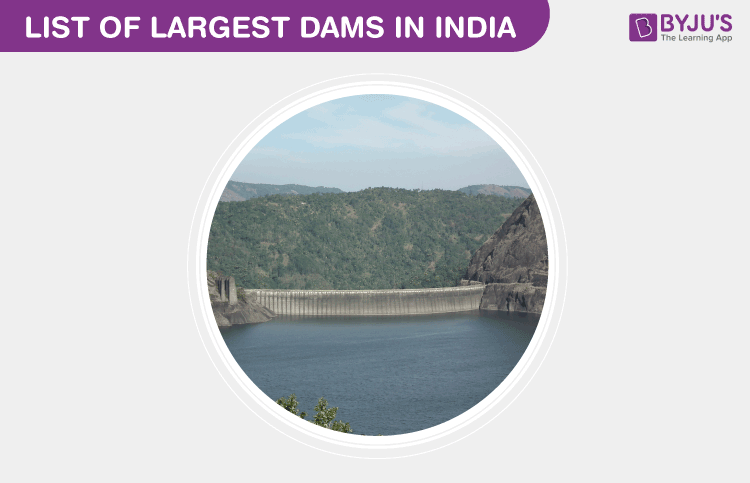 Following is the list of largest dams in India:

Dams are mainly constructed for natural causes like to suppress floods, to generate electricity, for storing water for human activities,  irrigation, diverting water towards other reservoirs or channels. Other applications of dams include cultivation and breeding of animals, municipal water supplies and protection from overflowing during a heavy rainstorm or flood.

How is Hydroelectricity Produced in Dams?

Dams play the primary role in providing water to hydroelectric power plants in a controlled flow. The dams are constructed on a river, usually one with a fall in elevation so that the released water from the dam utilizes the gravity to support the water flow.

At the bottom lies a water intake area that leads to a turbine propeller. As the force of moving water from the dam passes through this turbine which spins and a beam from the turbine goes up into the generator by producing power. The generated power or electric city are delivered to homes, offices, shops, industries and other workstations through the power lines.

For more detailed information about the dams and the largest dams in India, keep visiting CoolGyan’S website.